The team behind the Maldon District Coronavirus response was out and about in the district on the 75 Anniversary of VE day (8 May) delivering cream teas and goodies.

Volunteers from uniformed groups such as the Guides, Scouts and Fire Service joined the Salvation Army to deliver packs prepared by local volunteers containing scones, jam, luxury tea bags and other treats including books and activities for families and children. They were supported by members of the Maldon Drama group, volunteers from the Neighbourhood Coronavirus Support Network and the Coronavirus Response team in 1940s costume.

Sarah Troop from Maldon and District CVS, the charity coordinating the community response, said "We wanted to do something nice for people to show that the community around them cares, there are a lot of people feeling anxious or worried and this is a way of showing them that there is support out there."

The goodie bags were decorated by pupils from Maldon Primary, St Andrews Primary and Plume Academy along a rainbows and flowers theme and include donations from Wilkins of Tiptree (jam), Big Potato games and items from local businesses Talking Flowers, Maldon Books, Artful Splodgers and Point graphics.

Jodi Quye from Maldon Primary said “Maldon Primary pupils have enjoyed playing their part in such a great community project. We hope that pupils' creativity, along with the generosity of others, helps support and brighten people's days knowing that they are thought of whilst they self-isolate at this time”

Jon Doyle, Lieutenant, Salvation Army Maldon said “The feedback I have had from some of the delivery drivers today has been amazing, there have been tears of joy and much excitement from those who have received the gifts and pamper packs. All told I think today can be something that we can be proud of as a community.” 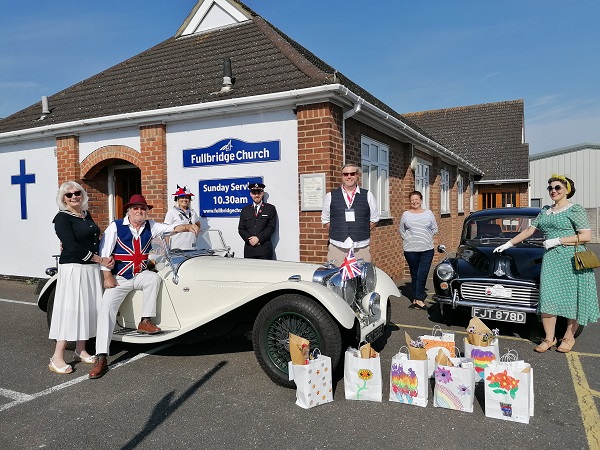